Your basket is currently empty.
Product is not available in this quantity.
Article
9 minute read 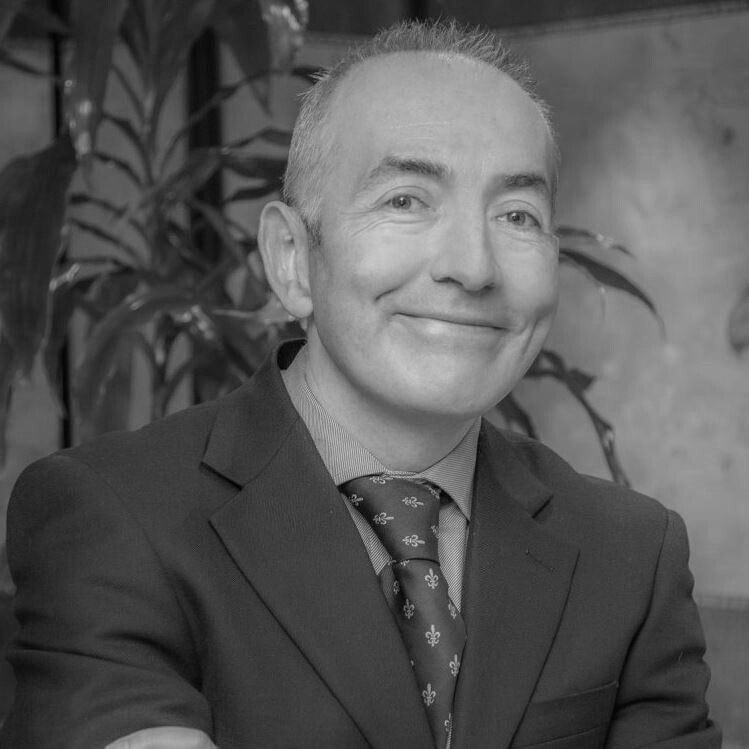 By
Andrew Greenland
Written on
January 25, 2021 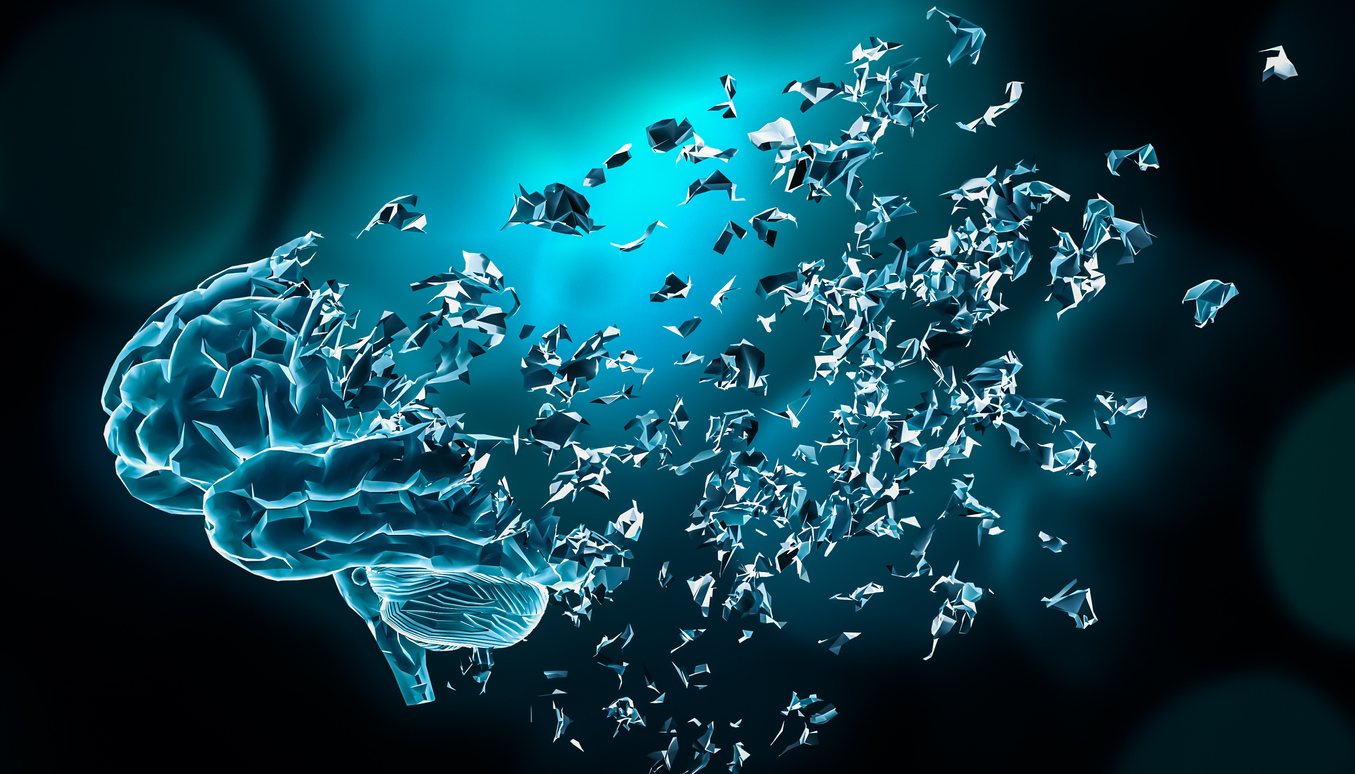 The Bredesen Protocol is a holistic, personalised dietary and lifestyle programme for halting and reversing cognitive decline, dementia and Alzheimer's Disease by optimising brain health. It was developed by Dr Dale Bredesen, MD – a US based researcher into neurodegenerative diseases. The programme represents Functional Medicine at its very best, since it aims to identify the root cause(s) for an individual's cognitive decline and tackles these in a highly targeted way.

Bredesen’s classification of Alzheimer’s subtypes provides a helpful framework for our understanding of the root causes that contribute to this condition, as follows:

Chronic inflammation, whether due to infections (including Lyme, mould, viral, dental), leaky gut, poor diet, trans-fats, or damage to the gut microbiome, is the key contributor to Type 1 Alzheimer's disease.  This type is associated with elevated inflammatory markers such as Hs-CRP. Risk for type 1 is increased by the ApoE4 genetic SNP. One of the major mediators of inflammation is NFКB, which increases the production of the molecular ‘scissors’ that produces the amyloid plaques, implicated in Alzheimer’s. This is just one example of a clear link between inflammation and Alzheimer’s.

Sugar toxicity causes both inflammation and insulin resistance, and therefore contributes to both type 1 and type 2 Alzheimer's disease. Type 1.5 has features of both type 1 (inflammatory) and type 2 (atrophic). In this type, chronically high glucose levels damage multiple proteins, cells, and tissues, leading to inflammation and auto-antibodies, thus increasing risk for type 1. Meanwhile, the corresponding high insulin levels cause insulin resistance, reducing the trophic effects of insulin and increasing risk for type 2. Risk for type 1.5 is increased by the ApoE4 genetic SNP and by type 2 diabetes and pre-diabetes.

To assess risk requires for 1.5 requires us to look at both ‘parts’ i.e. the inflammatory ‘part’ and the atrophic ‘part’. For the inflammatory part of type 1.5, the best indicator is HbA1C, which is a reflection of the average serum glucose over the last 2-3 months (how sugary have the red blood cells become?). This is indicative of many proteins that are altered by high glucose, and thus may be inflammatory, as well as dysfunctional.  For the atrophic ‘part’ of type 1.5, we need to evaluate insulin resistance. As well as the hormone that lowers blood glucose, insulin is also an important trophic support for the neurons in the brain. Therefore, resistance to the effects of insulin may compromise this support for neurones, and increase risk for cognitive decline. This is an important and common risk factor — over 4 million Britons have insulin resistance.

The best way to assess insulin resistance is to look at both fasting glucose and fasting insulin, since higher levels of insulin are required to normalise blood glucose levels (insulin is no longer as effective). The fasting glucose and fasting insulin are used to calculate HOMA-IR (Homeostatic Model assessment of Insulin Resistance), an accurate indicator of insulin resistance. The goal is for HOMA-IR less than 1.3, indicating good sensitivity to insulin.

Optimising the HOMA-IR to less than 1.3 will confer many benefits, including reducing the risk for cognitive decline to reducing risk for metabolic and vascular disease. This will reduce the risk for type 1.5 Alzheimer’s disease.

‍ this is associated with reduction in trophic support, and arises from deficiencies in e.g. vitamin D, thyroid hormone, vitamin B12, oestrogen, testosterone, insulin, and nerve growth factors. In other words there is a depletion in the raw ingredients necessary to maintain the 500 trillion nerve connections in the brain. Risk for type 2 is increased by the ApoE4 genetic SNP, and early removal of the ovaries without hormone replacement, i.e. before the age of 40.  It is also important to exclude sleep apnoea, since optimal oxygen support for the brain is critical to avoid type 2 Alzheimer’s

Vitamin D is one of the most important nutrients supporting brain function, and therefore low vitamin D is a risk for atrophic Alzheimer’s. Vitamin D controls hundreds of genes, many of which are involved in brain cell connections and support.  Optimising Vitamin D levels will have many benefits, not only for reversing cognitive decline but also for immune support (and thus protecting against COVID-19 and other infectious illnesses), cardiovascular health, mood, prevention of backpain and osteoporosis, and cancer prevention.

Thyroid function is critical for brain health and cognition, and low thyroid is another contributor to type 2 (atrophic) Alzheimer’s disease. Thyroid hormone is produced by the addition of iodine to the amino acid tyrosine, and therefore, inadequate iodine, can lead to reduced thyroid hormone production. Another common cause of hypothyroidism is Hashimoto’s thyroiditis, an autoimmune disease in which our own autoantibodies attack thyroid tissue resulting in inflammation and poor function. This may occur in association with excessive intestinal permeability, known colloquially as ‘leaky gut’.

Homocysteine is a toxic amino acid that may be increased in association with inflammation, but may also be increased as a result of poor nutrition, reduced vitamin B12,reduced folate, or poor methylation. Therefore, high homocysteine can also contribute to atrophic (type 2) Alzheimer’s disease. High homocysteine is associated with risk for Alzheimer’s, vascular damage, and brain atrophy (shrinkage). Bringing homocysteine back to optimal levels is associated with protection against brain atrophy and cognitive decline.

Cholesterol is something usually considered as part of vascular risk, and therefore adds to risk for type 4 (vascular) Alzheimer’s disease. However, cholesterol is also important for cellular membranes. Although the brain only represents about 2% of body weight, its structure includes 20%of the cholesterol, and is the most cholesterol-rich organ in the body. Therefore, if total cholesterol is too low and the patient is taking a statin, then there may be an increased risk of brain atrophy. Considering more than just the basic cholesterol markers can be important for this type.

‍Some toxins are, as Bredesen terms them, ‘dementogens’ — in other words, dementia causing. Examples include heavy metals such as mercury, organic chemicals such as  pesticides and herbicides (weed killer), high copper levels, anaesthetics, mycotoxins (toxins produced by moulds), or tick-related toxins (e.g. from Lyme disease). Type 3 is quite different from types 1,1.5, and 2, and often presents with features in addition to memory loss, such as depression, problems calculating, organising, following instructions, or finding words.  Risk for type 3 is increased by impaired detoxification systems (e.g. due to impaired renal or liver function, poor methylation or low glutathione levels), constipation, air pollution, exposure to smoke, and repeated exposure to mercury containing fish.

Type 3, toxic Alzheimer's, is the most complicated type, and is unfortunately very common. Therefore, there is no single test for type 3 Alzheimer’s risk, since the risk of exposure to hundreds of different toxins needs to be evaluated. These fall into three general categories: metallotoxins (like mercury) and other inorganics (such as those from air pollution), organic toxins (like formaldehyde or toluene orglyphosate), and biotoxins (like trichothecenes or ochratoxin A, or the inflammatory effects of such exposure).  In addition to direct measurements of toxins, it is also important to assess the integrity of the body’s detoxification systems by means of a liver function test (since many of the toxins affect the liver as well as the brain), renal function test and blood count.

Although they used to be thought of as being unrelated to Alzheimer’s Disease, vascular damage and poor blood flow are now considered important contributors to the condition. Type4, chronic vascular disease may be associated with high homocysteine orvascular amyloid, high triglyceride levels, low HDL levels, inflammation that compromises blood vessels,  breach of the blood-brain barrier, sleep apnoea, and poor diet. Optimising vascular support to the brain plays an important role in achieving the best cognition.

‍Head trauma due to motor vehicle accidents, sports-related head injuries (including repeated mild head injury, even without concussion) and falls is an important contributor to type 5 Alzheimer's disease. When the brain is traumatised, the amyloid associated with Alzheimer’s disease is produced as a response. In many cases, the amyloid is removed, and thus chronic traumatic encephalopathy (CTE, which occurs in football players among others) typically lacks amyloid, but is related to Alzheimer’s disease in featuring neurofibrillary tangles made of the tau protein.

Informing the Diagnosis – the ‘Cognoscopy’

Any one, or a combination, of these subtypes can be contributory to the Alzheimer’s Disease presentation. To gain a full understanding of those key players requires an extensive diagnostic work up (or ‘cognoscopy’ – a phrase coined by Dr Bredesen) which includes a range of key blood biomarkers and a volumetric MRI brain scan.  The resulting data-points are then fed into Bredesen’s proprietary ReCode algorithm to produce a personalised treatment plan or ‘ ReCode report.’  This consists of a series of holistic dietary, lifestyle and supplement recommendations aimed at restoring metabolic, nutritional, inflammatory, toxic and hormonal derangement, with the aim of halting and, for some patients, even reversing the condition.

Until now, obtaining all of the required Bredesen biomarkers has been a challenge to UK and European based practitioners, since many of these are highly specialised /esoteric and are only reliably available from the USA.

However, Colabs is excited to bring the first fully comprehensive diagnostic panel for the Bredesen Protocol to the European market.  All key biomarkers in the Bredesen dataset can now be found in one place and at a competitive price – thereby reducing testing logistics for the practitioner, and making a complete laboratory workup an affordable option for patients. For total practitioner flexibility the panel comes as three components, which can be assembled as needed, to cater for individual patients’ presentations and budgets.

This core panel  allows for a full evaluation of key potential genetic, metabolic, endocrine  and toxic contributors to cognitive decline.

This ‘bolt-on’ panel allows for an evaluation of those patients with a history of Lyme disease (or  possible exposure to a tick born illness), as a contributory factor to their cognitive decline.

Practitioners interested in incorporating the Bredesen Protocol into their clinical practice should sign up for Apollo Health’s ReCODE 2.0 training. This will provide the tools needed to manage the overall care, including identification of the specific drivers of cognitive decline and development of a treatment plan using the Bredesen Protocol. Bredesen protocol practitioners are in high demand, and the specialised knowledge and expertise delivered via the Apollo Health training, will provide them with a launchpad for ascending as leaders in the field of treating, preventing, and reversing cognitive decline.