Your basket is currently empty.
Product is not available in this quantity.
Article
8 minute read 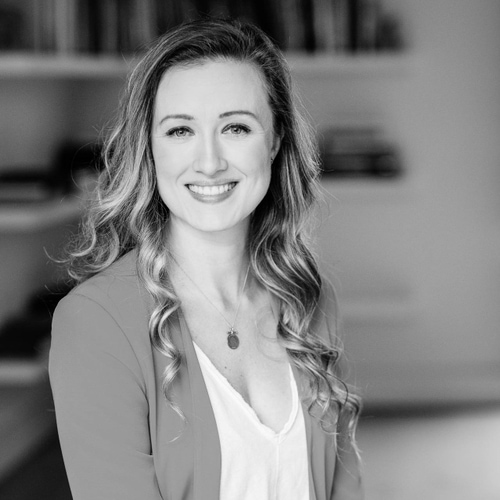 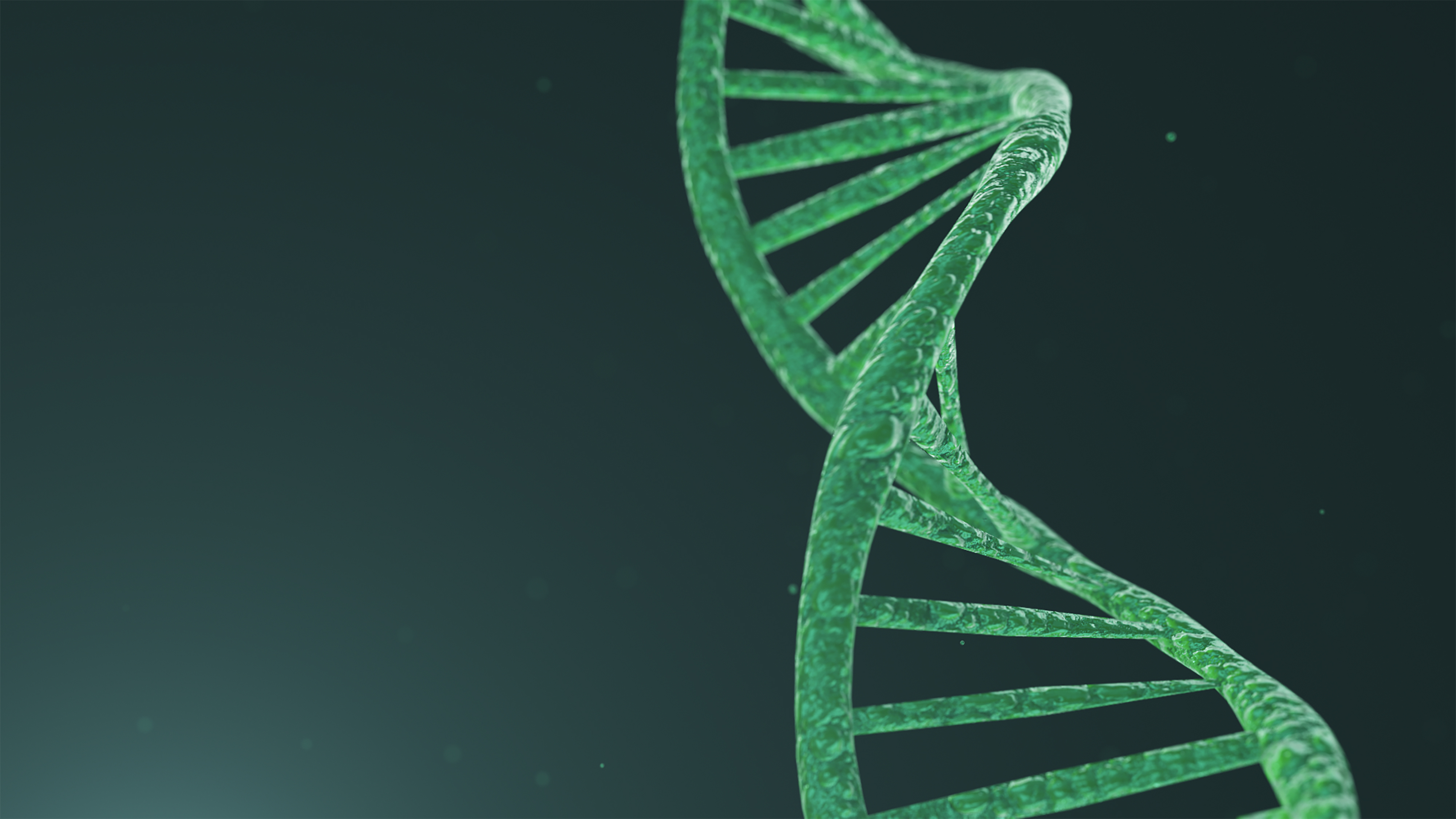 Gluten Free Without a Diagnosis

How Can Genetic Testing Help?

Gluten Free Without a Diagnosis

Free from stomach cramps, better digestion, improved energy levels, and no more brain fog - all from simply cutting out gluten from your diet. Many people feel better on a gluten free diet, but encountering a patient who has already eliminated gluten without testing for Coeliac disease first can present us with a problem. A diagnosis of Coeliac disease may be missed if the patient is unwilling to start eating gluten again, which many understandably aren’t. Without a clear diagnosis, it’s difficult to know the extent to which the patient needs to avoid gluten - is the occasional beer or pastry really going to cause that much damage? Or could it be that they may have the condition known as Non-Coeliac Gluten Sensitivity (NCGS) instead?  Patients without a clear diagnosis of Coeliac Disease can be at increased risk of suffering with further complications of the disease including irreversible neurological damage, malabsorption, osteoporosis, infertility and although rare, small bowel cancer.  For some, simply cutting out gluten may not be enough due to cross-reactivity of other foods, so the immune system does not settle with a gluten free diet as we might expect in these cases.

Many patients do take matters into their own hands and cut out gluten before seeing a practitioner and getting tested, which can then make a Coeliac diagnosis quite difficult to come by. In this post, we’ll look at the testing options available for this scenario, with a particular focus on the clinical applications of genetic testing.

Coeliac disease is often under-diagnosed due to the variability of clinical symptoms. Whilst textbook symptoms include diarrhoea and weight loss, research published in BMC Gastroenterology confirms that there is a diverse range of non-typical signs associated with Coeliac. A high proportion of Coeliac disease patients do not show any gastro-intestinal symptom at all, and systemic manifestations such as iron-deficiency anaemia, unexplained osteoporosis, abnormalities of liver-function tests, dermatitis herpetiformis, Hashimoto’s disease, and recurrent miscarriages have all been observed, as well as weight gain. Clinical researchers at Sheffield Hallam hospital have also found that for some only neurological symptoms such as ataxia may be present, so these could be missed by a gastroenterologist. In addition, a percentage of those with Coeliac will show no detectable signs of the disease at all, making it a challenging condition to navigate in clinical practice. It is recommended that those with a close relative with Coeliac disease should also be tested, as well as anyone with a diagnosis of Hashimoto’s Thyroiditis.

Conventional testing available on the NHS only tests for antibodies to tissue transglutaminase(IgA tTG), which in positive cases is often followed by a gut biopsy to confirm diagnosis of Coeliac disease. In patients with IgA deficiency, false negatives are possible, so total serum IgA should always be tested to rule this out. If your patient is IgA deficient, testing for IgG EMA, IgG deamidated gliadin peptide (DGP) and IgG tTG can also be considered, though it should be kept in mind that they are less accurate than IgA tests.  As positive blood work is required before endoscopy it is thought that up to 50% of cases may be missed as patients do not fulfil the criteria for endoscopy.  It is currently not even a routine next step for those with IgA deficiency to be offered an endoscopy!  It is estimated that for every diagnosis that is made there are actually around 8 undiagnosed patients, so those diagnosed with Coeliac Disease are the tip of the iceberg.

By far the best private laboratory option is the Cyrex Array 3X. This is one of the most comprehensive panels currently available for establishing which component of wheat protein may be challenging the immune system. In addition to testing for alpha-gliadin, this array tests for other epitopes of gliadin, other proteins and peptides in wheat, and three enzymes that are often involved in the immune response to gluten, making it a useful test for identifying not only Coeliac disease, but also non-Coeliac gluten sensitivity, gluten ataxia, and other wheat-related autoimmunity risk factors. With the inclusion of opioid peptides, which have been linked to symptoms such as ‘brain fog’, behavioural problems, mood swings, depression, or other neurological complaints, a clearer picture can be created in terms of identifying what the underlying causes - particularly useful for those clients with non-traditional symptoms.

How can genetic testing help?

Genetic testing can be a particularly useful part of the clinical picture in cases where a patient is not willing to eat gluten again. The development of Coeliac disease is strongly linked to the presence of the genes HLA-DQ2 and HLA-DQ8.  Though HLA-DQ2 is more commonly associated with Coeliac disease, there is no difference in the severity of symptoms between DQ2 or DQ8. Those individuals possessing a copy of both genes are more likely to have Coeliac disease than those who only have DQ8.

The Human Leukocyte Antigen (HLA) is an important part of the body's immune response to foreign substances, encoding cell surface molecules specialised to present antigenic peptides to the T-cell receptor (TCR) on T cells. These cell surface molecules differentiate between self and non-self, explaining why they are so relevant when it comes to autoimmune diseases like Coeliac.

The HLA-DQ2 and DQ8 genes present the immunogenic gluten peptides which triggers the immune response, leading to the pathogenesis of Coeliac disease. Inflammation is triggered by the process in which antigen-presenting cells present deamidated gluten that binds to HLA-DQ2 or DQ8.Importantly, this process is inactive in most patients with DQ2 or DQ8, as only around 3% of these patients actually go on to develop Coeliac disease. A positive genetic result for either of these genes does not confirm Coeliac disease it only lays the foundation for it, thereby increasing the risk. With an estimated 99% of people with Coeliac disease testing positive for HLA-DQ2or DQ8, a negative result is more useful than a positive one as it can essentially rule out Coeliac disease.  This does not necessarily mean that gluten is not causing a problem for someone, but we it affords the opportunity to focus on perhaps the gastrointestinal or extra-intestinal manifestations instead as there may still be a link with intestinal permeability or gut microbiome changes that are not specific to the extent of villi damage that is seen in Coeliac Disease.  For NCGS we see that only around 40-50% of these people have HLA DQ2/8 so it has less relevance in this condition.  Researchers are still working hard to find the genes that relate to this condition. For Dermatitis Herpetiformis (DH), which is essentially the skin form of Coeliac Disease HLA DQ2/8 can still be seen but HLA-DR3 is also commonly seen. It is reported that less people with DH are diagnosed with Coeliac Disease, but this is thought to be because they remove gluten from the diet sooner due to the clear association with gluten and the skin lesions.

All testing, aside from genetic testing, requires that the patient is still consuming a gluten-containing diet, though in cases where the patient has already gone gluten free, the Cyrex Array 3X panel can assess the effectiveness of their avoidance of gluten. If the results come back positive, it suggests that even the level of gluten exposure caused by cross-contamination (when eating out, for example, or using the same toaster)is causing an immune reaction. A negative result in this case would not rule out Coeliac disease, but a positive one certainly provides some useful information. The Cyrex array 4 test considers gluten cross-reactive foods as well as a short list of common antigenic foods and gluten-free grains to ensure that foods commonly consumed on a gluten-free diet are not likely to contribute to further issues or confusion for the immune system which can on occasion mistake other food proteins for gluten, such as milk proteins.

Genetics and risk for certain conditions are traditionally explained in the following way: your genes load the gun, and it is someone’s environment and lifestyle that pulls the trigger. This old adage is true for Coeliac disease, in that a genetic predisposition alone does not mean Coeliac disease is a foregone conclusion. Other risk factors for development of Coeliac disease include, for example, having a family member with a confirmed diagnosis, exposure to gluten, type 1 diabetes, juvenile chronic arthritis, thyroid autoimmunity, auto immune liver disease and Down’s syndrome.  This sub-set of people are recommended to be screened for Coeliac Disease due to the increased risk.

The prevalence of Coeliac disease has increased in developed countries over recent decades, pointing to the role of additional environmental triggers other than gluten. This increase is supportive of the hygiene hypothesis, which attributes the driving effect of the rise of autoimmunity on decreased exposure to microbes and changes in the microbiota. Infectious episodes, especially gastrointestinal infections, could potentially contribute to the pathogenesis of Coeliac disease by increasing gut permeability and driving the immune system towards a pro-inflammatory state. Other studies cite changes to grain proteins as a result of pesticide exposure as being another potential factor.